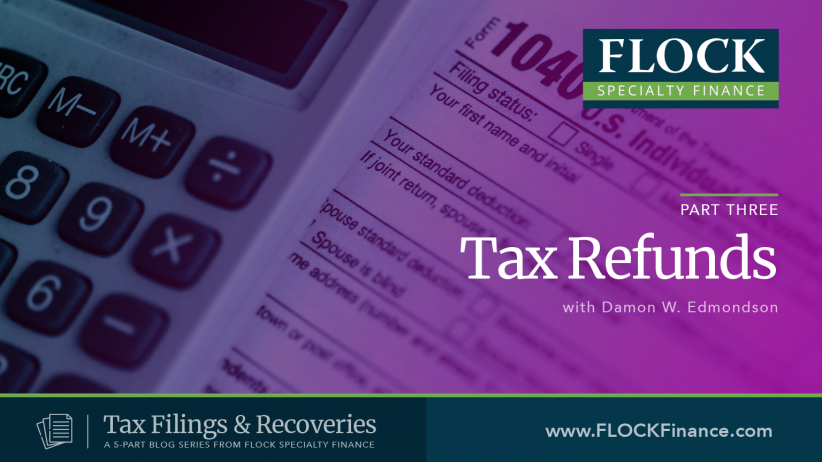 Refunds have shown a great deal of change over the years. Formerly, refunds often came in a gentle bump early and then a secondary bump in week 12-15. With the advent of electronic filing and direct deposit, it is obvious some tax filers have begun to do their taxes earlier and then makes a filing timing decision based on the outcome. If they are getting a refund, they file, if not, they delay. 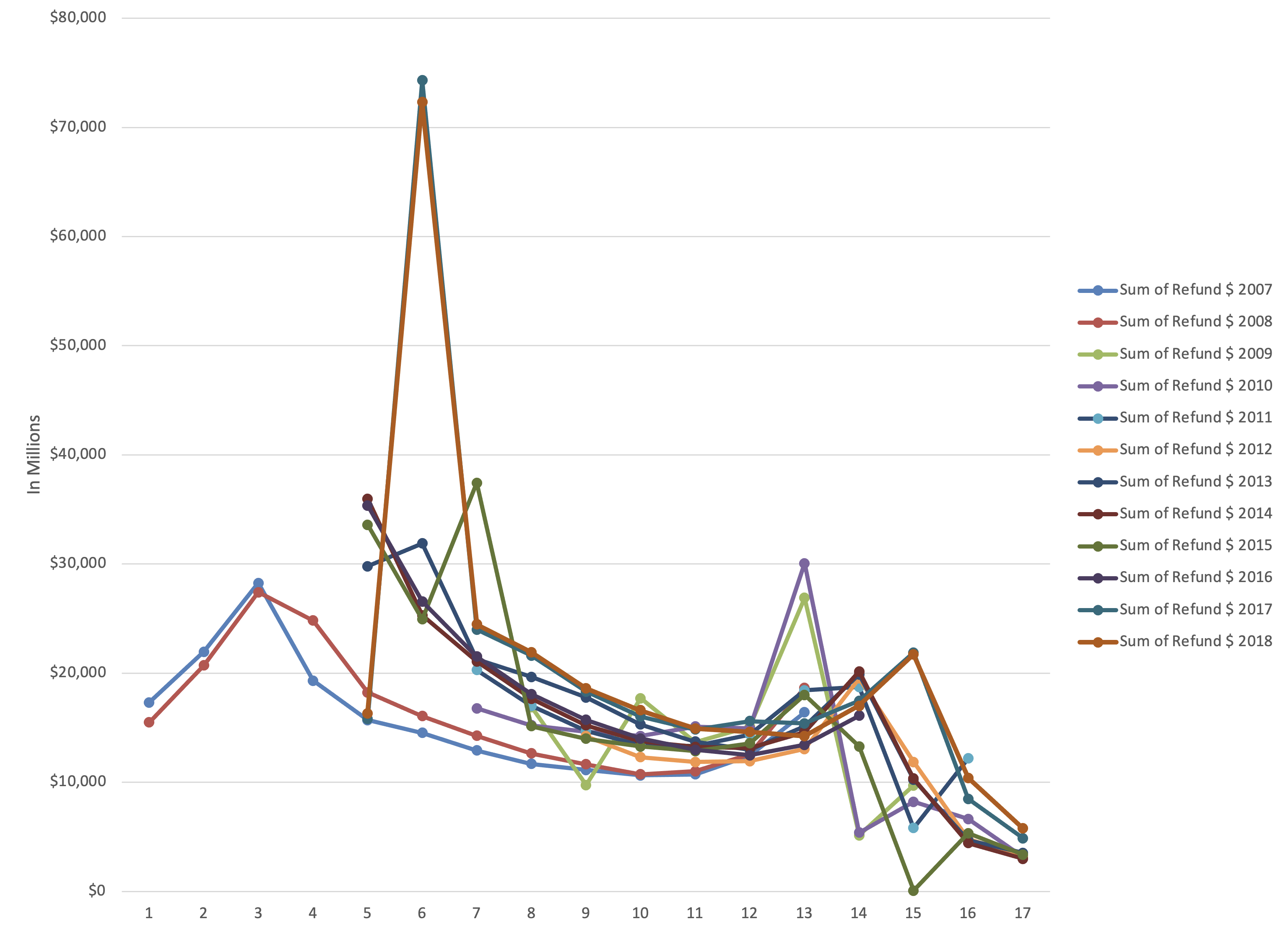 Many taxpayers, and therefore consumers or debtors, are timing their filings in the event of a refund to capture that refund as early as possible. In some cases, the spikes might be associated with a backlog at the IRS of filings being processed then cleared. In a way though, this does not matter. The fact on the ground that we observe is that the distribution of tax refunds being processed is front end loaded generally.

The secondary bump though is interesting. Somewhere around 15-20% of all refunds are being filed in week 12-15. I speculate that these are filers who procrastinate…refund or pay, they don’t file until the last week of the filing season. This aligns with filing data, not shown, which demonstrates that filings increase in that period regardless of refund or liability due.  This secondary bump represents a material opportunity in tax season recoveries. Many debt collectors send only one tax letter annually.  A tax letter or offer campaign timed to hit in weeks 3-6, followed by a secondary campaign in week 12-14 may yield positive results and did so when tested in prior years.

If campaigns are timed to hit only for the end of a filing season, companies will miss the earlier bump. Consumers tend to be driven to utilize windfalls generally. In an earlier post on LinkedIn https://bit.ly/3pPlX5C I noted a study showing how the recent stimulus payments were used. Roughly 73% of those payments were spent in some form and 27% saved. If the same pattern holds for tax refunds the taxpayer is less likely to have the money later for a request in week 12 as they will not have saved it from receipt in week 6.

Cumulative data, shown below, shows that by week 9 of the year (roughly the last week of Feb) fully 2/3s of all refunds have already been issued. 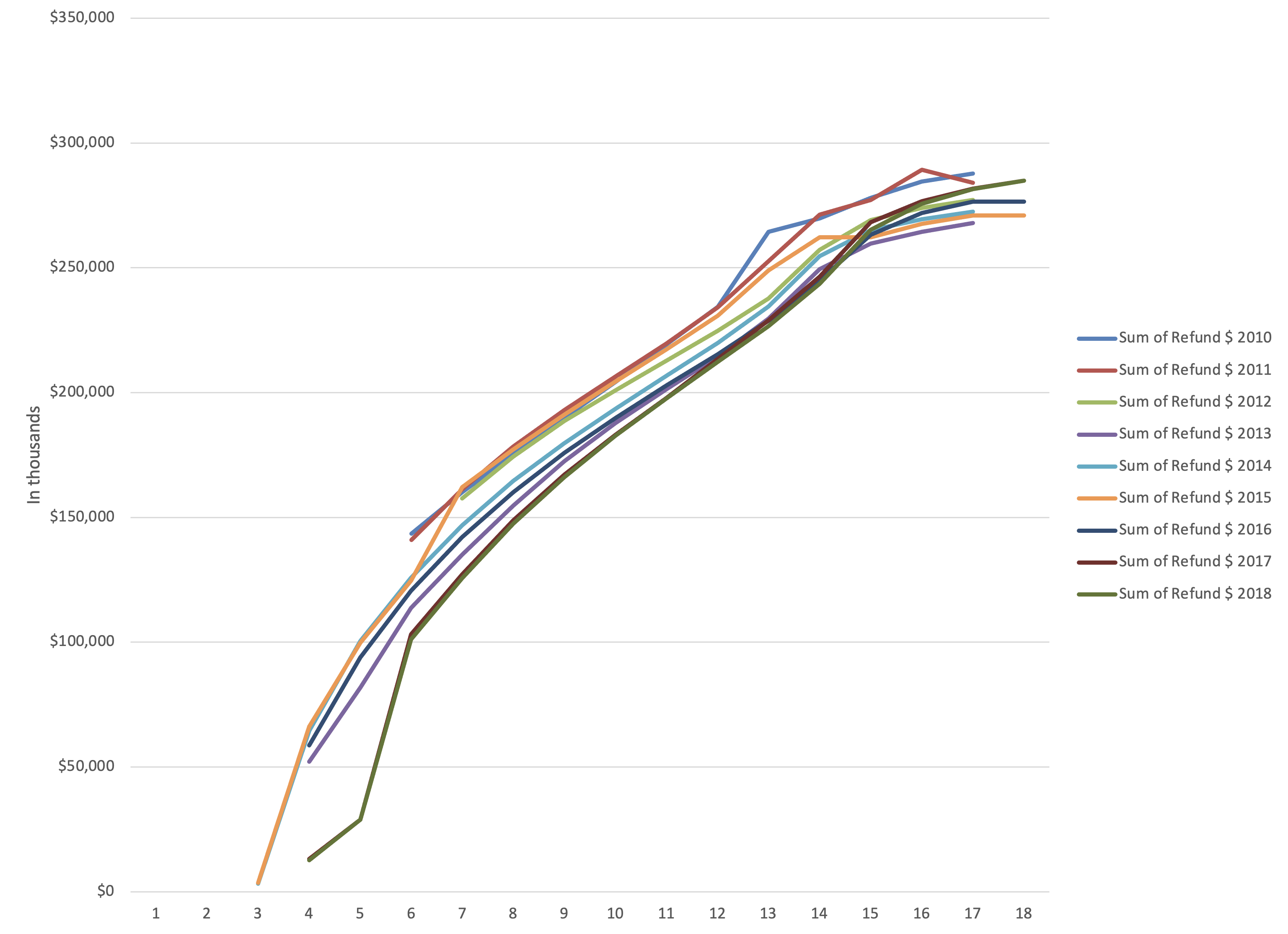 As mentioned earlier several Flock clients, having been given this information in prior years, adjusted their own tax strategies. They saw material lifts in their overall recoveries in tax season compared to other clients on similar products who did not adjust their strategies even when provided the data shown. A marketing strategy which takes advantage of the double bump nature of tax refunds should yield an improvement over a single letter hitting in the first week of April.

Next week we will pick up with information on Direct Deposits and the timing and taking advantage of those payments.